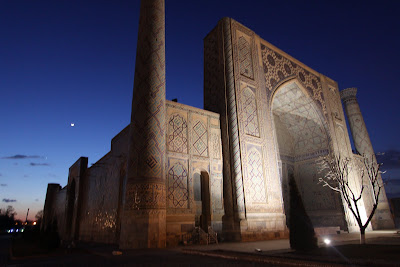 
I owe Uzbekistan a debt, I guess. My first ever guidebook was the Odyssey Guide to Uzbekistan, written with a college friend way back in the 1990s. For almost 20 years we've been watching Uzbekistan growing from an orphan of the Soviet Union to a grown-up independent nation. I've been back updating the guidebook for a new edition. It's a very different kind of project from the normal Lonely Planet work - much more nuance and freedom to write exactly the kind of guidebook I would want to read. 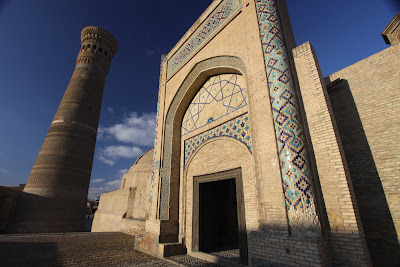 
It was a hard trip (Uzbekistan generally is!). I got flu for a week in Samarkand, was temporarily detained by militsia (police) in the Uzbek metro for swearing at an officer (three passport checks in four minutes pushed me over the edge...). It was also off season so there were no tourists and a lot of the hotels and restaurants were closed. Wandering around Bukhara and Khiva in the dark trying to find anything at all to eat reminded me of me my hard months of research in 1996. Most worrying, a large part of central Bukhara was a construction site as teams of diggers re-landscaped the historic area of the Lyab-i-Hauz. 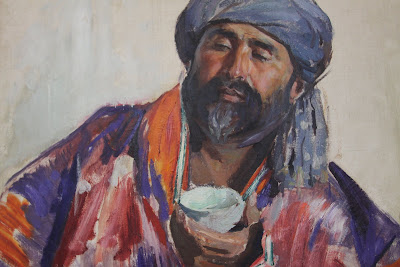 
Still, Uzbekistan really does have some the most amazing architecture in the Islamic world. If you love the Silk Road, Marco Polo and old imperial history, it's a must. For me it was a trip down memory lane, rewalking streets I'd researched as a much younger man, digging up ghosts of the past, good and bad. For better or worse, those early visits to Uzbekistan have determined the direction of my life. And for that, I'm grateful. 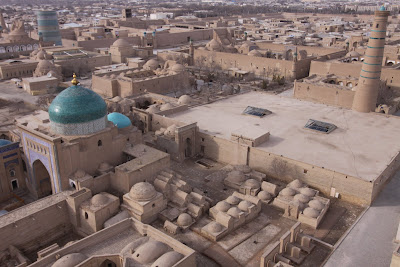 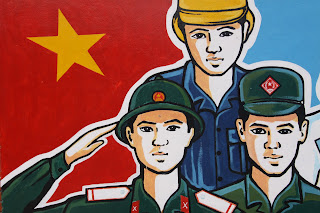 I've been on holiday in Vietnam for the last couple of weeks, in Hanoi for the Tet new year festival and then travelling down to Saigon via Ha Long Bay and various other spots. It's weird for a travel writer to go on holiday. If I get time off I really would rather spend a week ordering in pizza and watching DVDs than pack my bag and go travelling again. It's actually really useful to simply travel for a while again, using a guidebook as a traveller not a writer and remembering all the little bits of information that you need when you travel. 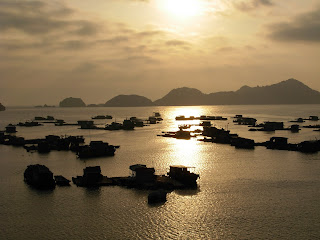 Vietnam was a tad disapointing for me. I loved riding motorbikes for $5 a day and enjoyed all the war-related sites. Visiting Ho Chi Minh's mausoleum rounded off the holy trinity of communist corpses (I've seen Mao and Lenin). My personal highlight was kayaking around the karst cliffs of Halong Bay. But I was dissapointed by the food and the sense that I was little more than a walking wallet for most locals. It's probably just a sign that I'm getting old - without the focus of research the frustrations of travel seem harder to endure. Still, it was nice to be travelling with my wife. Mostly I'm by myself when I'm travelling so it was a real novelty to be able to share thoughts, and have an excuse to upgrade to a nicer hotel room and order a cocktail. And god it's nice to be missing winter in Montana... 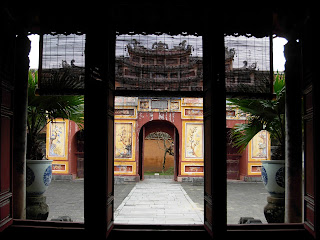 Posted by Bradley Mayhew at 2:22 PM No comments: